Two Years Later: A Follow Up - Hollywood in the Harbor

In August of 2012 a film company entered the neighborhood like a traveling carnival, while Republicans congregated in downtown Tampa and tropical storm Isaac decided to take a dump on the bay area. Almost two years later, we sat in a theater at Ybor Muvico, about to crawl out of our skins waiting for the movie to begin. 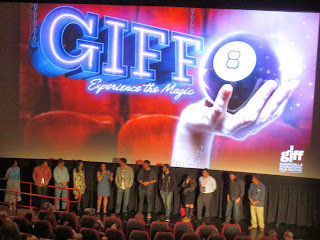 Do I sound star-struck? You bet your ass I am. O’Nan and Chu, to me, are a younger version of Affleck and Damon. I suspect they’ll co-write many more creative projects together. At least I hope so. I won’t go on and on about the talent behind Chu and Blossom, or the mixed reviews. You can Google that shit if you’re curious. But wait! Let me just add that there is a big dead tree, (filmed in Largo,) with glorious, glowing, locusts raining down. It blew everyone away. The visual was created by the same guy that does special effects for Game of Thrones. I am totally not kidding. The crew also had to ice the balls of the dogs in the meat scene. It was the dog days of August, after all. I love the inside poop on the behind-the-scenes stuff. Curious yet? Chu and Blossom is not just another buddy-bonding story. It’s a story about Everyman’s Small Town and the fringe characters who struggle to maintain their unique identities among a more mainstream populace. These guys would actually fit in quite nicely in the Safety Harbors and Dunedins of America. But the fictional town, in which the characters come to know and accept themselves,(and each other,)is not of the “quirky” variety. C.and B. was the closing movie at the Gasparilla Film Festival. It’s going on to the Florida Film Festival and the Sarasota Film Festival. I encourage you to try to catch it. You may see your street, and maybe a bit of yourselves, in this picture. Movie making is not instant gratification. But when it’s done right, it’s sure worth the wait. 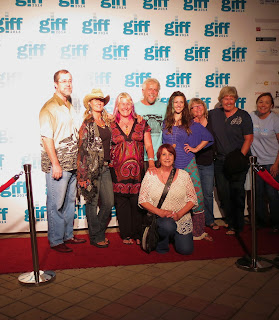 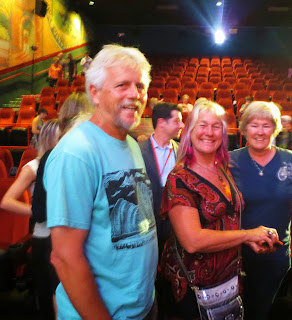